When women thrive, nature thrives. Mpingo Conservation & Development Initiative (MCDI) in collaboration with its Partners is unlocking conservation agriculture opportunities for women’s adaptation to climate change impacts. The Organization is facilitating rural communities to introduce sunflower cultivation in three villages of Mchakama, Nainokwe and Liwiti in Kilwa district. Furthermore, in efforts to diversify derived benefits through value addition three seed oil pressing machines have been procured. They are being used by women groups to produce sesame and sunflower oils. The machine will benefit 60 women in the 3 villages.

The women also are planting trees in their woodlots and also are conserving the community managed forests. Agriculture practices enable the farmers not only to conserve the environment but also to improve their livelihoods. These farmers were originally engaged in nomadic farming with the aim of finding fertile land for each new farming season. This leads to severe damage to the forests surrounding the villages as farmers invade these areas and cut down trees for the establishment of new farms.

The results of the first phase of this intervention has seen farmers get more produce. Before the farmers were harvesting 0.5 tonne of sunflower per ha but now they harvest 1 tonne per ha and have changed their attitude towards nomadic farming. During the first year of practicing conservation agriculture, 60 hectares that had to be cut for agriculture, has been conserved. The conservation agriculture practices are currently being adopted by neighboring villages. 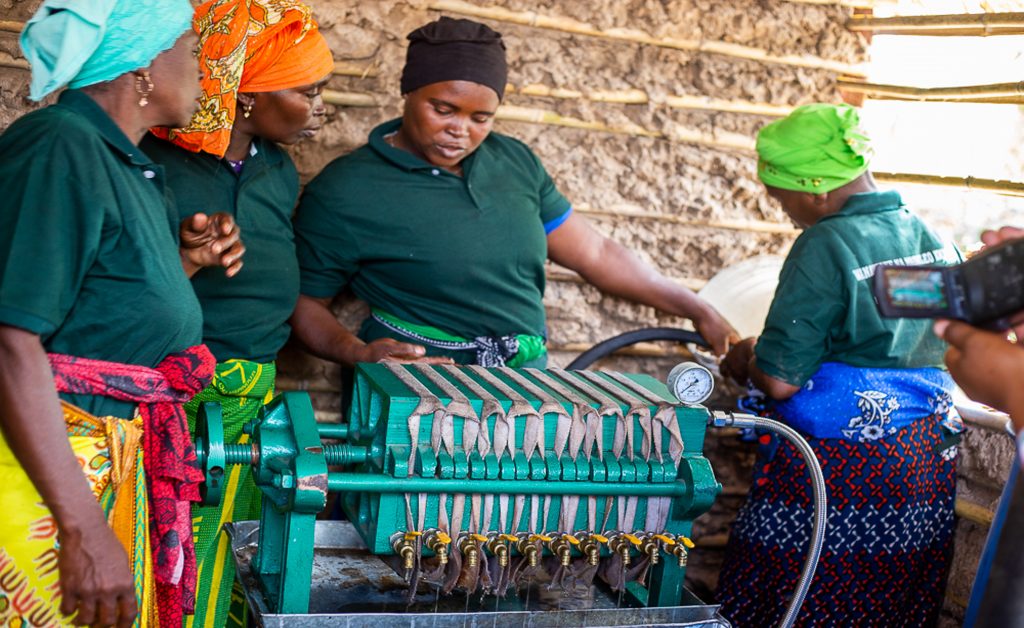 Thank you for supporting SOS this year